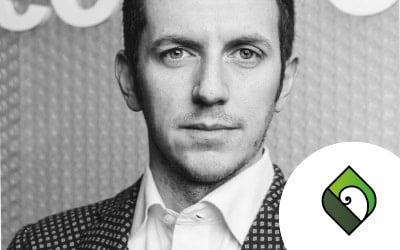 A psychologist and neuroscientist, Andrea launched his first company, Thimus, after years of working in the clinical research environment. He embarked on this adventure to change his professional and personal life.

At the age of 25, Andrea was the youngest ever director of a Clinical Psychology center in Italy while also working in a hospital as a psychologist, studying pain and neurological diseases. 12 years ago, he met one of the first EEG devices at a conference in Canada, and the story began: Andrea dreamed of taking neuroscience out of clinical labs for the first time.

In 2016, Andrea won an international research prize in wine studies (The “Soldera Prize”) using applied neuroscience to characterize the impact of red wines on the human brain and how judgment is formed in the brains of experienced sommeliers.

In 2018 Thimus landed in the US, and for three years he worked in Silicon Valley.

Today he approached this new journey with Strobilo, using technology to bring back humans to their ancient roots and make a difference by saving the planet.

He is an avid sportsman, doing trail running and gravel-biking in his spare time.