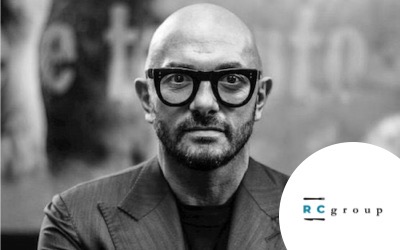 Born in Genoa to a family of restaurateurs, he started working in the family restaurant in the suburbs of Genoa as a child: «I started cleaning the dishes and occasionally serving minestrone soups with pesto prepared by my mother». Since that moment, there hasn't been a day that he hasn't spent inside a restaurant, pursuing his dream of him. Together with Alessandro Garrone, he founded the Maxela restaurant chain which, after gaining a foothold on the Genoese scene, opens 12 restaurants throughout Italy. Following his gastronomic journey, he decides to open the last restaurant of the chain in London in 2012. Two years later, in 2014, Roberto and Alessandro decide to take different paths and Roberto continues his solo journey. Maxela, which is the Genoese dialect word for butcher, changes its name to Macellaio RC, with the initials of Roberto Costa, and continues to grow.
Today Macellaio RC has five restaurants in London and one in Milan: South Kensington, the "eldest" of the family; Exmouth Market, where meat and fish are treated in the same way; Union Street, a theater-shaped restaurant; Northcote Road, which offers a wine list of over 200 carefully selected Italian wine labels; Fitzrovia, an old refurbished petrol station, where, in addition to meat, pizza is also on the menu. And finally Milan, the second butcher's theater which in a few months has conquered Italy.