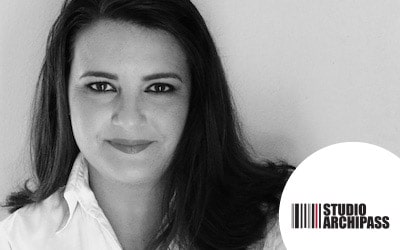 Alessia Cipolla studied at ETH in Zurich and graduated in Architecture at the University of Architecture in Venice. In 1998 she obtained the Master's degree for the A.N.A.B. to Venice. In 2003 he founded the design studio Studio Archipass, of which he is now Design Director, based in Milan dealing with building renovations and in 2009 La Costruzioni del Gusto, an open and multidisciplinary network of professionals who develop projects dedicated to the world of Taste and Table. She is the creator and teacher of courses in table architecture, a theme on which she has published the book “The project of the table. Building the space of conviviality "published by Francoangeli in 2015. She was part of the jury for the Best Emerging Chef Italy 2010/2014 award, and as an expert in the aesthetics of the dish, for the selection of the Italian chef for the Bocuse D'Or Europa of the 2014, designing the tray for the European edition 2015. As a designer he took part in the team of chef Paolo Griffa for the Bocuse d'Or Italia 2017 selection. He teaches Interior and Food Design within the Masters of numerous design schools , hotel management and haute cuisine. You write for Vitae, the official magazine of the AIS on issues relating to architecture and design for wine and for other sector magazines with articles on hotel restaurant, restaurant design and concept restaurant. Since the first edition you have been part of the jury of the journalistic prize “Italian Talent Award” at the Chamber of Deputies. You are a partner of Guest Factory, a professional platform dedicated to the world of hospitality.

All sessions by Alessia Cipolla